You are here: Home » FidoNet » Mounting your Fido Apps Briefcase as a local drive 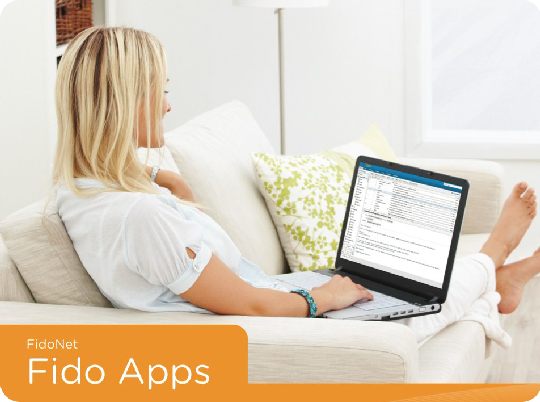 Fido Apps is an incredibly powerful collection of applications wrapped up into a simple and easy to use Collaboration Suite (email, contacts, calendar, tasks, briefcase, etc).

Today I’m going to focus on the Briefcase, and a little known feature which enables you to quickly and easily mount the Briefcase as though it were a local disk on your computer!

This works by using a protocol called WebDAV.  Basically Disk Access (and Versioning) over the Web.  It uses standard http/https transport which means it goes through firewalls without any issue.

and authenticating with the email login details

where user@example.com is a valid user on the Apps platform and PASSWORD is your Fido Apps password

This is just as easy on the Mac and also on Linux using either fusefs or Transmit for example (On OS X you can also mount natively however the whole .DS_Store issue  crops up causing untold problems.

We recommend you use Transmit or a similar 3rd party app to act as a translation mechanism until Apple resolve the problem with .DS_Store files on external network file systems)

Fido.Net’s team of experienced engineers and management have been working in the internet industry since its inception in the UK back in 1992. Jon Morby, the founder and owner of Fido.Net originally started in IT as far back as 1982, and was one of the UK (and Europe’s) main importers of both email and echomail for the fidonet network of amateur bulletin boards, running the fidonet.org Internet gateway from 1985 through to 1994. Jon Morby - founder of Fido.Net. Although enjoying a successful career in Stock Broking working out of the Birmingham Stock Exchange, Jon felt the real future was in the Internet; and after some persuasion by Demon’s then Managing Director Cliff Stanford, Jon joined Demon Internet Ltd, initially responsible for their Birmingham Point of Presence (PoP) from 1993 to 1995 and then moving to London to supervise Demon’s growing technical support team. By the time Jon finally left Demon in January 2000 he was their Advanced Technologies Manager responsible for managing the development and implementation of the next generation systems which Scottish Telecom (now Thus PLC) and Demon would be rolling out over the next 3-5 years – a far cry from his original days running a support desk of 5 staff! Fido.Net’s senior staff have had a grounding in the Internet with the majority of them having worked for ISP’s such as Demon Internet, EasyNet and other main stream UK Service Providers, as well as some of the first large Internet Portals (including online trading experts The Interactive Investor, and the not so successful boo.com).

This site uses Akismet to reduce spam. Learn how your comment data is processed.